Cornwall Ontario – ZipGrow has expanded its footprint, moving from leased premises to its own building at the corner of Cumberland and Seventh Street. 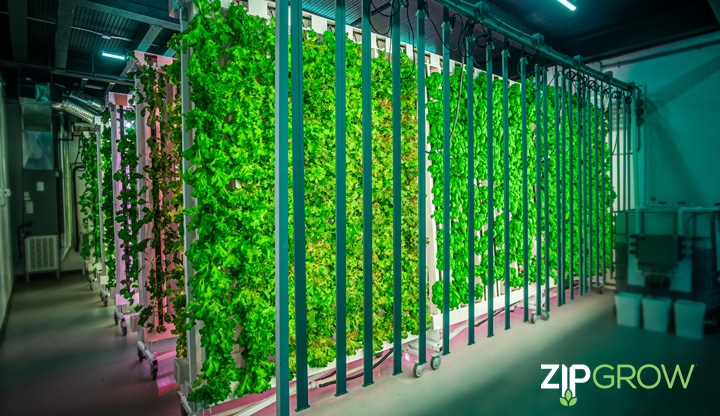 The new building more than doubles the amount of space available to the manufacturer of the world’s most installed vertical hydroponic equipment.

“Demand for our products continues to soar,” says Eric Lang, President of ZipGrow. “The new building allows us to be more efficient while at the same time giving us room to grow in the future.”

Growth is on the menu at ZipGrow, with the company launching an innovative partnership with Sodexo to introduce sustainable growing systems to facilities throughout Canada and the United States.

“Having been installed throughout the world over the past decade, our system enables growers, both big and small, to access fresh produce no matter where they are located”, explains Mr. Lang. “We are excited to move ahead with this new partnership with Sodexo. Together we will be able to introduce sustainable food to Sodexo locations throughout North America.”

ZipGrow technology is a patented system that utilizes both hydroponic growing systems and vertical planes to maximize production volume within a small footprint. Primarily growing leafy greens such as lettuce and kale, along with herbs and small fruiting crops such as strawberries, ZipGrow systems will be installed in Sodexo locations including educational institutions, conference facilities, and corporate food service centres.

“This new partnership with ZipGrow not only enables us to reduce our carbon emissions of distance traveled for food source, onsite food waste, and packaging requirements, but also to introduce innovative technology to our facilities and team members”, said Normand St-Gelais, Director of Corporate Responsibility, Sodexo Canada.

ZipGrow is an international leader in indoor, vertical farming technology. The company’s flagship product, the ZipGrow Tower, is a core component of many of the world’s most innovative farms; from indoor hydroponic warehouses to vertical aquaponic greenhouses and high-density container farms.