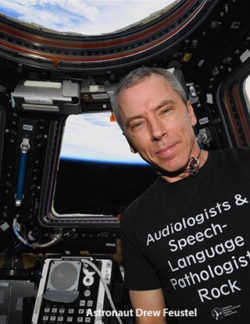 Drew Feustel to become Commander of the International Space Station


Cornwall Ontario – Astronaut Drew Feustel is a friend to Cornwall. It was eight years ago when he visited a number of schools and community groups following his first expedition in space. Today he is orbiting the earth on the International Space Station and tomorrow he will become the Commander of Expedition 56.

Feustel’s most recent foray into space began in March when he launched off from Baikonur Cosmodrome in Kazakhstan, serving as a flight engineer on Expedition 55. Three of the six crew members currently aboard the International Space Station are scheduled to return to Earth on Sunday, June 3.

On Friday, June 1, at 2:25pm Eastern Time the traditional change of command ceremony will see Expedition 55 Commander Anton Shkaplerov of Roscosmos hand over command of the station to NASA’s Drew Feustel for Expedition 56.  A few days later, another trio of space travelers will depart for the station on June 6.

Live online coverage of the change of command ceremony, as well the landing and launch can be viewed on NASA Television.

Feustel was selected as part of the 2000 astronaut class and, in 2009, flew on the space shuttle Atlantis for the final servicing mission of NASA’s Hubble Space Telescope. He made his first trip to the space station in 2011 on space shuttle Endeavour’s final mission.

Feustel is married to Cornwall native Indira Bhatnagar who speaks with her husband on a regular basis.  Calls are one way however (from the Station to Earth).

“It’s nice to hear his voice and be able to bring him up to speed on what is happening down here with the family,” she says.

The couple’s two children are also keeping close tabs on their father. The oldest son Ari is a graduate of McGill University and is contemplating a career as a pilot. Aden has also just graduated from McGill with a degree in Neurological Science.

Aden designed the mission patch for Expedition 56 which portrays a dove carrying an olive branch in its beak. The dove’s tail is firmly planted on Earth to represent the strong link between our home planet and the humans who are sent into the cosmos. The patch illustrates our hope for peace and love in the world, and the innate human desire to spread our wings and explore into the future, building on the wisdom of the past, for the betterment of humankind.

The crew members of Expedition 56-57 will continue work on hundreds of experiments in biology, biotechnology, physical science and Earth science aboard the International Space Station, humanity’s only permanently occupied microgravity laboratory.

Drew Feustel is set to take another space walk on June 14, and once complete, he will rank high amongst all astronauts in time spent outside the space craft/station.

About the International Space Station

Drew Feustel is featured in the 2018 edition of Cornwall Living magazine.