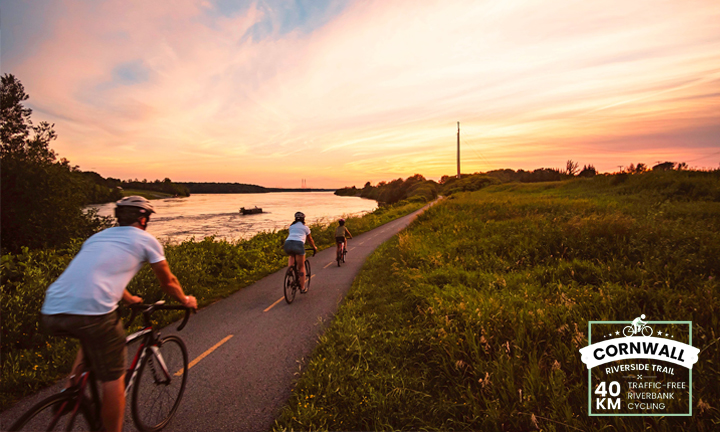 The Silver Award recognizes the improvements Cornwall has made to enable and promote cycling over the last four years and follows a Bronze award in 2016.  The award comes from Share the Road Cycling Coalition. This year, Cornwall is one of only 10 award winners, making it one of almost 50 designated Bicycle Friendly Communities in Canada.

“City staff and our community partners are delighted to receive this national award,” said Mayor Bernadette Clement.  “Cycling has always been a priority for our community. Recent investments towards infrastructure, public education, and cycling tourism have really pushed our city into the spotlight.”

To be considered for a Bicycle Friendly Community (BFC) award, a community must demonstrate its achievements in areas such as:

“There are many paths to becoming a bicycle friendly community for residents and visitors,” said Dr. Subha Ramanathan, Bicycle Friendly Communities Manager at Share the Road Coalition. “Our award program helps communities track their progress, learn from one another, and gain public acknowledgement for their efforts.”

Share the Road is an Ontario-based not-for-profit organization working to make communities across Canada bicycle friendly for people of all ages and abilities. The Bicycle Friendly Communities program in supported by the Canadian Automobile Association (CAA).