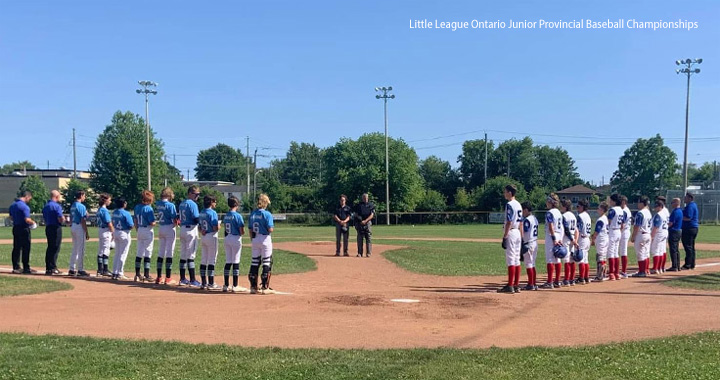 “It’s been a challenging and dramatic two years to get everything going but everything’s coming together nicely,” said Kyle Bergeron, President of Cornwall District Minor Baseball.

In the case of the hometown River Rats, it’s an opportunity to win their first provincial title since 2007 on their own field.

“(Cornwall) has a highly competitive team that has the potential to go far,” Bergeron added.

The winner will move on to the Little League 14U Nationals later this summer in Alberta.

Take in the action!

All of the tournament games will be held at Lutt Bergeron Memorial Field at the corner of Marlborough and Race streets in Legion Park.

“It’s free to show up at the park and watch the action so we would encourage people to come out and enjoy some great ball,” said Bergeron.

Round robin action will take place Tuesday through Saturday with games starting at 11 am and 2 pm each day. In the event of rained out games, they will be played on Sunday.

Barring any weather delays, the semi-final game will be held on Sunday at 5 pm and the final will take place Monday at 5 pm.

Cornwall District Minor Baseball exists to help children learn baseball skills in a supportive and fun environment. For more information on the organization, please visit their official website or check out their Facebook page.