Cornwall Ontario – A conference to promote the culture and language interests of Punjabis is coming to Cornwall. 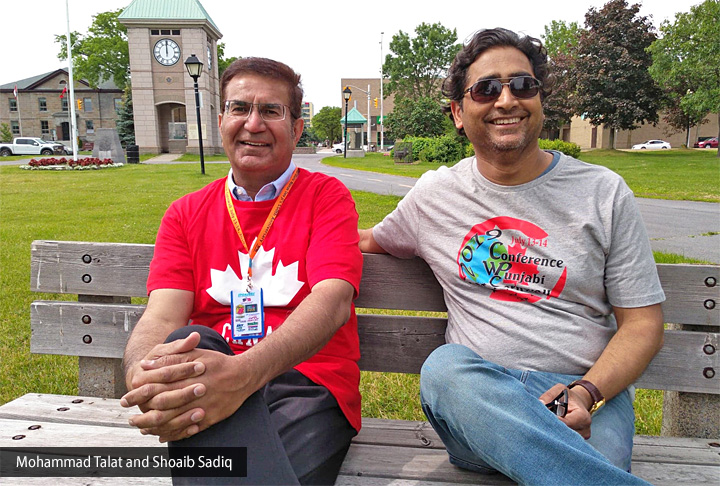 The city will be hosting its first-ever World Punjabi Conference on Saturday, July 13th and Sunday, July 14th, with the activities taking place at the Super 8, Cornwall Public Library and Benson Centre.

“We wanted to put on a positive event here in Cornwall and bring people to our community,” said Shoaib Sadiq, one of the directors of the conference.

The conference will serve to celebrate the 550th anniversary of Baba Guru Nanak Dev Ji, the founder of Sikhism and the first of the ten Sikh Gurus.

On Sunday, there will be readings and presentations of papers based on Guru Nanak’s words and teachings followed by a banquet dinner and traditional Punjabi music and dance featuring Sadia, Upkar Singh and Sunny.

“It’s a message of peace and a message that humanity comes first,” said Mohammad Naeem Talat, a fellow director of the conference. “It’s a celebration of the Punjabi community and it’s open to all.”

Punjabi conferences have proven successful in larger centres like Toronto and Ottawa, and local officials are hoping to make it an annual event in Cornwall that continues to grow with each passing year.

Both Mr. Sadiq and Mr. Talat have been long-time residents of Cornwall and they feel it is the perfect local for an event of this nature.

“The community of Cornwall has a big heart and accepts all kinds of communities,” said Mr. Talat.

Dr. Monika Spolia is also assisting as a director of the conference, which is being hosted by the Adbi Chehra Writers Forum of Cornwall.

Punjabis are an ethnolinguistic group associated with the Punjab region in northern South Asia, presently divided between Punjab, India and Punjab, Pakistan. Canada has a significant Punjabi population – estimated at 668,240 as of the 2016 Census. Punjabi is the fifth-most common language spoken in Canada.