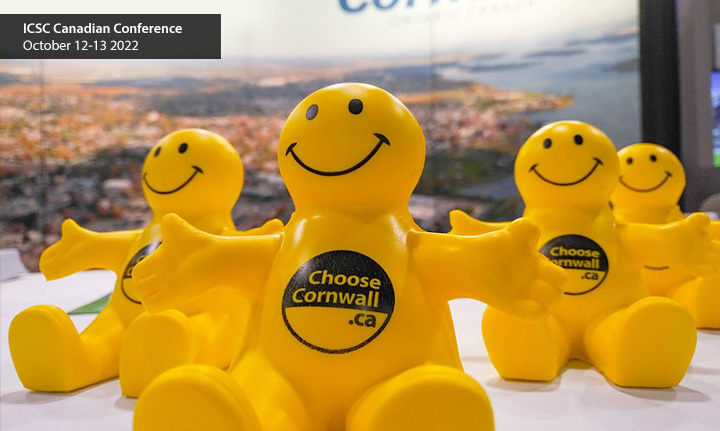 The International Council of Shopping Centers (ICSC) is once again holding their Canadian Conference at the Metro Toronto Convention Centre from October 12-13.  The event is Canada’s largest retail real estate conference and attracts North America’s largest retailers and commercial developers.

“We are looking to engage retailers in taking a closer look at Cornwall,” said Bob Peters, Manager of Cornwall Economic Development. “There are a number of commercial retail development projects with available space in the city right now, and we feel there are opportunities for companies to become more active in our market.”

This is the 7th consecutive year that Cornwall has exhibited at ICSC. The city has also exhibited at previous ICSC events over the past several years, including Montreal and Whistler.

Cornwall will be joined at the ICSC show by some of Canada’s largest commercial developers, many of which have active development projects underway in Cornwall.  These include Harden, Smart Centres, Plaza Retail, Iberville, Weaving Baskets Group and Choice Properties.

The above developers have been busy, and a number of new retailers/restaurants are currently establishing or have recently established shop in the City.

About the International Council of Shopping Centers