Cornwall Ontario – Cyclocross racers from Ontario and Quebec will be descending on Cornwall this weekend as the city hosts a stop on the Eastern Ontario Cyclocross Series. 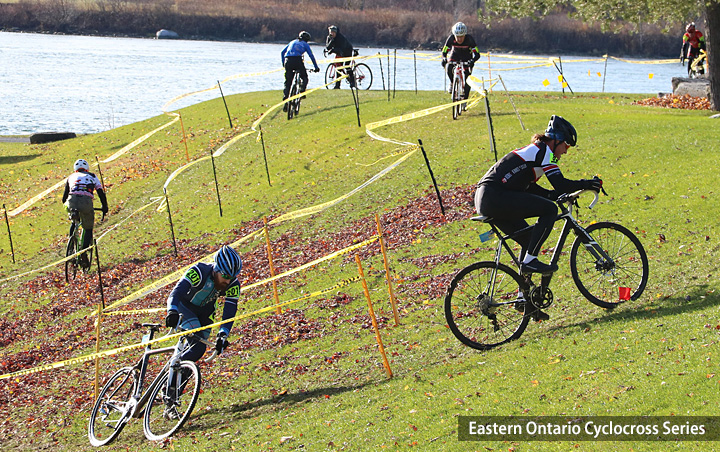 Held in Cornwall for several years now, Sunday’s race is expected to attract anywhere from 250 to 325 participants from across eastern Ontario and western Quebec.

There will also be a handful of local competitors in the race field, including Cornwall’s Rob Allen.

“Cyclocross is a great off-season extension to cycling that works on bike handling skills due to the nature of the terrain and courses,” said Mr. Allen. “The Eastern Ontario Cyclocross Series is a volunteer-driven series with something for everyone and it boasts some of the largest cx fields in Canada.”

The racing will take place Sunday morning along the Cornwall waterfront in the area of Marina 200, east of the Cornwall Civic Complex. The hills and elevations in the area make it a suitable location for cyclocross racing.

There are four different races planned, started with the Masters division at 9 am. That will be followed by Under-11 and Under-13 at 10:10 am, Women’s categories at 11:10 am and Senior divisions at 12:10 pm.

The Cornwall race is one of nine legs on the 2019 Eastern Ontario Cyclocross Race Series. The series kicked off at the end of September and wraps up with a race in Perth at the end of November.

For more information on the Eastern Ontario Cyclocross Series, please click on the following link:

About Cyclocross
Cyclocross is the fastest growing discipline in cycling, and its popularity is skyrocketing worldwide. Special cyclocross bikes are used (think of a road bike with narrow mountain bike tires) as racers ride on grassy fields, dismount off their bikes and carry them over barriers, run up steep, short hills and ride through sand pits or mud (depending upon conditions).

This story originally appeared on CornwallTourism.com, a sister site to ChooseCornwall.ca. Follow Cornwall Tourism website for the latest tourism news and events: