FanSaves to Represent Canada in Germany


Cornwall Ontario – Local tech startup FanSaves is going to Berlin, Germany to pitch their mobile app to an international audience. 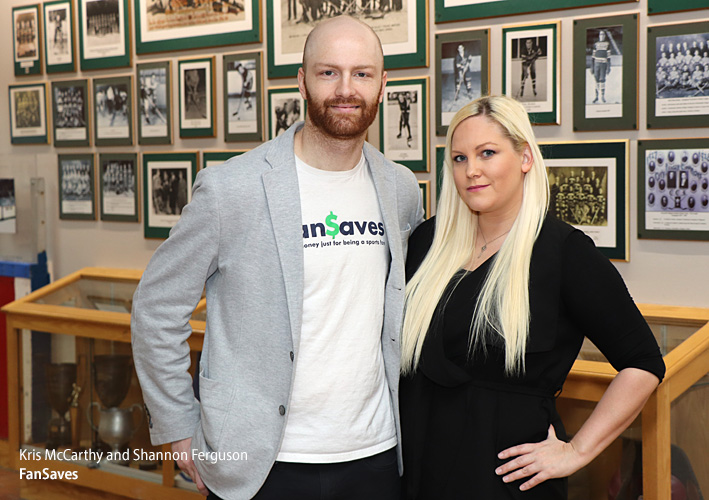 The Cornwall based business won the Get in the Ring Ottawa pitch competition last Thursday and will represent Canada at the global finals in June.

Get in the Ring is a pitch competition that takes place in cities around the world and sees startups go head-to-head in a boxing ring to pitch their business in front of judges and a live audience. This was the first time the international competition held a qualifying round in Ottawa and FanSaves was up against six other startups in the finals, dwindled down from 12 who made the semi-finals.

Along with many other prizes, FanSaves has won a free trip to Berlin to pitch their business on a global stage, one of only two startups from Canada. Both co-founders, Shannon Ferguson and Kris McCarthy will be attending, with Ferguson getting in the ring and pitching.

“Shannon did an amazing job in Ottawa, she knows the business so well and speaks with passion and I think the judges really felt that,”  said Mr. McCarthy.

The three-day event in Berlin will bring together 500 key players of the worldwide innovation scene: 150 selected startups from over 80 different countries and 350 corporate innovators and investors.

FanSaves is a mobile app that gives sports fans discounts and deals from the sponsors of their favourite teams and helps sports teams increase their sponsorship sales and fan engagement. The startup has recently hired three new employees and has been in discussions with multiple OHL and NHL teams.

FanSaves is participating in the Starter Company PLUS program offered through the Cornwall Business Enterprise Centre and the company recently won a Pitch Contest at the Cornwall Innovation Center.

“It’s exciting to see a Cornwall company represent Canada on the world stage,” says Eric Bergeron, Executive Director of the Cornwall Innovation Centre. ‘We are fortunate to have such a group working right here in our city. They were one of the first companies to come through the Innovation Centre and are already a success story worthy of national attention.”

FanSaves offers discounts on over 30 Cornwall restaurants, retailers and companies through a partnership with Cornwall Tourism. The app is free to download and  is currently available on the Playstore or App Store.