Hundreds to Compete in Cornwall Triathlon


Cornwall Ontario – Hundreds of athletes from across Ontario, Quebec and New York will be in Cornwall this weekend for eastern Ontario’s premier triathlon, the Cornwall Triathlon. 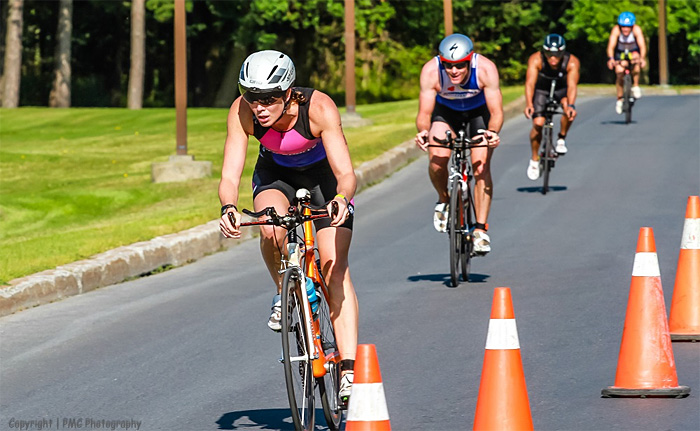 A massive undertaking, the Cornwall Triathlon is held along the beautiful St. Lawrence River with the assistance of more than 200 volunteers and officials. Over 500 adults and 150 children will take part in the weekend events, with more than two-thirds coming from outside of the Cornwall area to compete.

The event continues to see a large race field every year thanks in part to the focus that is placed on the athlete experience. The Young Champions Day on Saturday has sold out the past two years while the adult races on Sunday are also full, with both the Olympic and Sprint Triathlons having sold out a month in advance.

“We are one of the few events that offer prize money. We cater to the athlete,” said Race Director Rob Allen. “Most triathlon events in Ontario are businesses. We don’t operate to turn a profit – customer and volunteer satisfaction is our priority over profit.”

A total of $3,700 in cash prizes will be paid out to the top finishers in the Olympic and Sprint Duathlon and Triathlon distances.

Another big factor in the event’s success is the course itself. Unique among races of its kind, the competition takes place on closed roads in and around the cotton mill district and Montreal Road.

“It creates a safe atmosphere for the athletes and it also gives parents of young competitors peace of mind when their children set out to compete,” said Mr. Allen. “By doing the event over the course of two days, it gives parents a chance to watch their children participate on Saturday and then compete themselves on Sunday morning.”

Residents are welcome to come and cheer on the participants, with Sunday’s adult races beginning between 8:30 am and 10 am from L’Heritage High School on Montreal Road. There are a variety of categories of varying difficulty, including a 5 km run, Try-a-Tri, Spring Triathlon, Sprint Duathlon or Olympic Triathlon.

“For some, the event is an introduction to the sports of triathlon and duathlon. For others, the races provide the fiercest competition in eastern Ontario, attracting pro and elite athletes from across the continent,” Mr. Allen noted.

Featured events over the two days include:

About the Cornwall Triathlon

The Cornwall Triathlon offers a unique experience that sets it apart from other triathlons in the area. Partnering with the City of Cornwall the Cornwall Triathlon features traffic free courses in the city core on both event days. Saturday events include a Duathlon of varying distances for ages 14 & under and a Triathlon of varying distances with a pool swim for ages 7-14. The Sunday events include 5km run, Try-A-Tri, Sprint and Olympic Triathlon distances and a Sprint Duathlon.