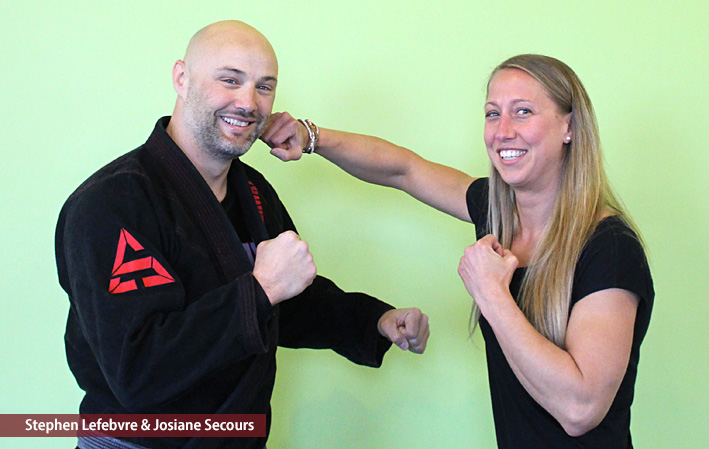 Josiane Secours, owner of Seaway Academy of Martial Arts, has experienced a steady increase in registration since the academy’s inception in 2012. This rise in participation led Ms. Secours to the realization that she needed to expand her space in order to accommodate her growing business.

This past April, the Academy officially opened its doors to their newly renovated space in the historic Courtaulds building located at 1150 Montreal Road. The fully restored 3000 square foot space can be found directly above the Standard-Freeholder and is fully equipped with over 2000 square feet of training area as well as men’s and women’s change rooms, showers and lockers.

“The move was an easy decision for us,” says Josiane Secours. “Change brings opportunity. This is our chance for growth and to be able to offer our members and the community the best when it comes to Martial Arts.”

Ms. Secours credits much of the academy’s success to her elite level instructors who have international championship accolades among them. Although many of her instructors have reached the pinnacle of their trade, the Academy focuses on the ideas of inclusion and personal development.

“Martial arts should be something everyone can enjoy,” says Stephen Patrick Lefebvre, Instructor at Seaway Academy. “To us, martial arts are a life skill and it’s just as important as swimming or riding a bike. We want our students to learn more than just a martial art. We want to instil in them honour, respect, discipline, courage, integrity and what it means to face adversity and keep fighting through it.”

Seaway Academy offers classes in Muay Thai and Brazilian jiu-jitsu for both adults and children. Cardio kickboxing classes are a more recent offering that has become very popular as well.

Seaway Academy of Martial Arts is located at 1150 Montreal Road, on the second floor of the Standard Freeholder building. Hours of operation are Monday through Sunday from 5 pm – 9 pm.  They can be reached by phone at (613) 577-6660 or online at: