Cornwall Ontario – The St. Lawrence Seaway Management Corporation announced the opening of its 63rd navigation season today. The CSL Group’s Baie St. Paul, a Trillium-class Laker, was the first ship through the St. Lambert Lock in a virtual opening ceremony. 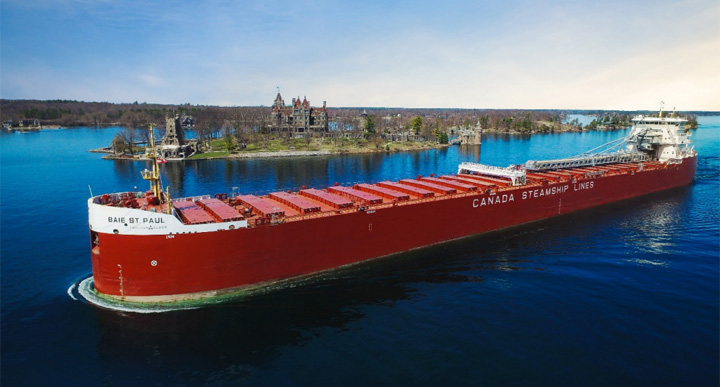 With its outstanding reliability, reduced ecological footprint and strong safety record, the Seaway is ready to partner with Canadian and US industries and communities to help the global economy
recover.

“The St. Lawrence Seaway has been a cornerstone of Canada’s economic success for more than 60 years, through the creation of thousands of middle-class jobs, and the generation of more than $9 billion in Canadian economic activity,” said the Minister of Transport, the Honourable Omar Alghabra. “This valuable partnership and trade route will play a vital role in our efforts to building
back better through strong economic recovery.”

Some 38 million tonnes of cargo transited the St. Lawrence Seaway in 2020, which closely matched last year’s results. The stringent protocols put in place by the Seaway and by carriers early in the pandemic resulted in no interruption in service due to COVID-19. The protocols will remain in place until the pandemic is contained.

It is expected that there will be an uptick in global economic growth in 2021. On the heels of last year’s record harvests, grain shipments are expected to be strong early in the season. Iron ore and steel will be shipped via the Seaway to factories in Canada and abroad, and massive wind farm equipment will continue to be transported via the Seaway.

Moving forward, the Corporation will continue working with national and international carriers and shipping companies to maximize opportunities to diversify its cargo base and increase volumes, as well as reinforce its reputation as a leader in the North American transportation system.