The Caribbean Gem of Cornwall


Cornwall Ontario – Flavours from the Caribbean are now available at The Spicy Pearl Restaurant in downtown Cornwall. 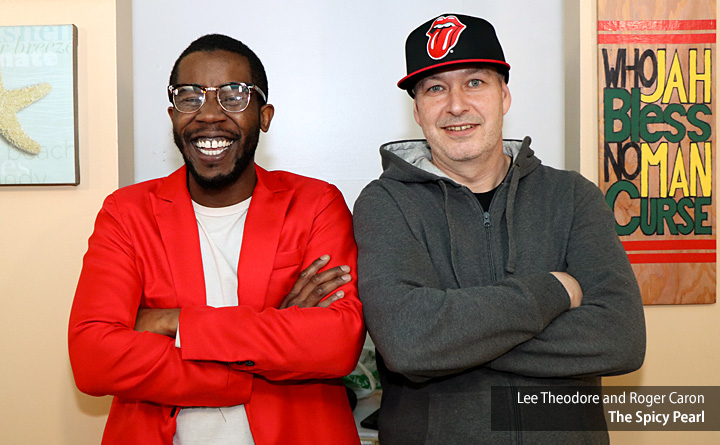 Lee Theodore and Roger Caron, co-owners of the Spicy Pearl, have spent the past couple of months updating one of Cornwall’s oldest buildings into a warm and inviting bistro. The 1200 sq/ft restaurant is set to open this week and will offer a variety of Caribbean dishes at modest prices.

The business concept started more than five years ago with a discussion at a Boys and Girls Club Annual General Meeting.

“A room full of good people gave us our push into a wonderful running start and I am forever grateful,” said Mr. Theodore.

From there, Theodore hosted over forty pop-up events, working to perfect his vision while gauging the community’s interest in his offerings. Caribbean flavours were fairly new to Cornwall, but the pop-up events were well received, ultimately leading Mr. Caron and Mr. Theodore to the decision to create a permanent restaurant.

“The roots of the flavours we offer are anchored in Haitian and Jamaican cuisine, respectively and respectfully,” Mr. Theodore stated. “We’ll also be tapping into ‘fusion foods’ coming by way of the Thai heritage but for now, the many staples of our Caribbean traditions will be front and centre.”

Caribbean cuisine is a fusion of African, Asian, Creole, Cajun, European, and Latin American cooking, amongst others. Over time, these influences created styles that are unique to the region.

The Spicy Pearl has a diverse menu that ranges from fish dishes to curry chicken and goat, along with Tchaka, a hearty Haitian stew.