Cornwall Ontario – Treasure Hunt Canada hopes that 13 is a lucky number when it comes to the expansion of its retail business in Canada. 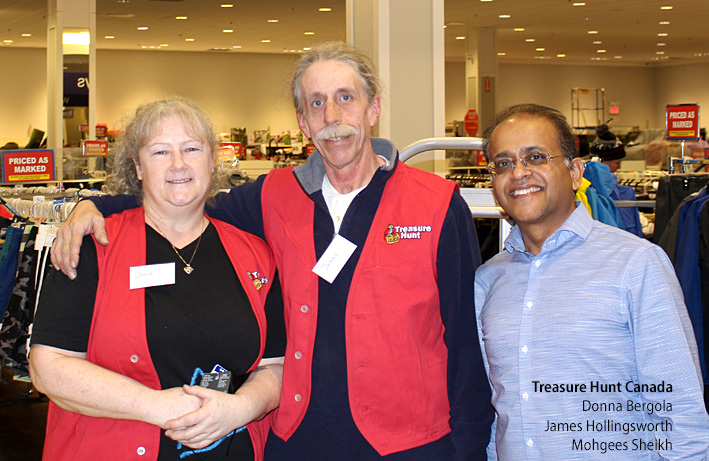 The retailer opened Treasure Hunt Cornwall in the Eastcourt Shopping Plaza today, making it the 13th store to open in Canada. The opening was well attended with hundreds of shoppers flocking to the new 28,000 sq.ft. store.

“Treasure Hunt has experienced success in smaller communities, similar to Cornwall, ” says  Mohgees Sheikh, President of Treasure Hunt Canada.  “Based on today’s turn out for our Grand Opening, we believe Cornwall will be no different.”

Treasure Hunt offers a wide range of items for sale ranging clothing men, women and children as well accessories, bedding and furniture for the house.  Other categories include toys, sport and outdoors equipment and electronics.  Most items are offered at 30-80% off of suggested retail prices.

We’ve found the people in communities like Cornwall have really embraced our store and allowed us to become part of the community,” says Mr. Sheikh. “We’ll have new items arriving twice per week, so customers can be sure to find new treasures every week.”

The store provides employment to 19 people.

First opening its doors in Hattiesburg, Mississippi 30 years ago, Treasure Hunt has since grown into business that has over 100 retail locations in the United States. In November 2013, the first Canadian Treasure Hunt location was opened in Brampton, Ontario. The company now has 13 stores in Ontario.