Cornwall Ontario – The world’s top curlers are coming to Cornwall in September for the 2019 AMJ Campbell Shorty Jenkins Classic. 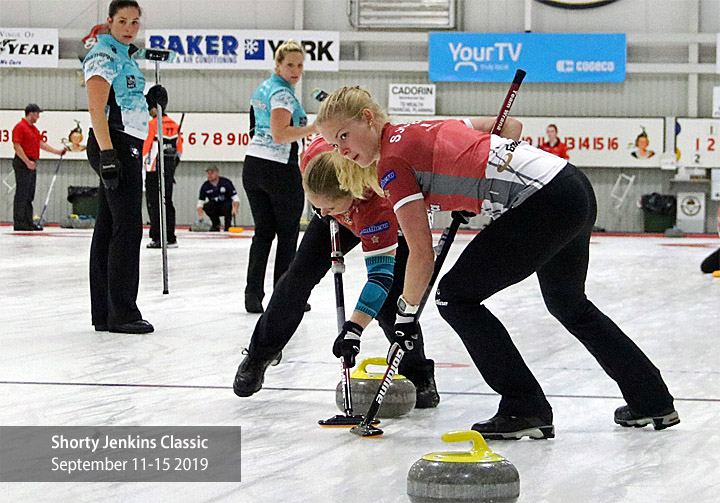 The highly-anticipated World Curling Tour event returns to the Cornwall Curling Centre from September 11th to 15th and this year’s field is a virtual who’s who of the curling world.

And that’s just to name a few.

“It’s shaping up to be the best (Shorty tournament) ever,” said Kevin Baker of the Cornwall Curling Club. “Given the list of participants, it’s been dubbed a mini-slam by the World Curling Tour committee.”

This year’s Shorty Jenkins Classic will feature an expanded field of 49 teams – 24 men’s and 25 ladies’ – and organizers received over 90 applications from teams wanting to play in the tournament.

“It’s the first year for teams to accumulate points towards qualifying for the 2022 Winter Olympics so we are seeing increased interest,” added Mr. Baker.

There will once again be some hometown flavour to the event, with the world-ranked John Epping rink – featuring Cornwall’s Mat Camm – among the field of participating teams.

“We have the best of the best (competing in the tournament),” said Mr. Baker. “It would be akin to having the Rogers Cup tennis events in Cornwall, except that it’s curling.”

The 2019 edition of the Shorty Jenkins Classic marks the fifth year that the event has been held in Cornwall. The tournament is held at the Cornwall Curling Centre (220 Water Street East, next to the Cornwall Aquatic Centre) with the action starting on Wednesday, September 11th and the semi-finals and finals taking place on Sunday, September 15th.

“There’s no better way to get up close with all of these great teams that regularly compete on CBC, TSN and Sportsnet,” said Mr. Baker. “Watching the games live and interacting with the players and coaches is amazing.”

Tickets for the event are now on sale and can be purchased online or at the door. Day passes range from $5 to $20 while the full week pass is available for just $75.