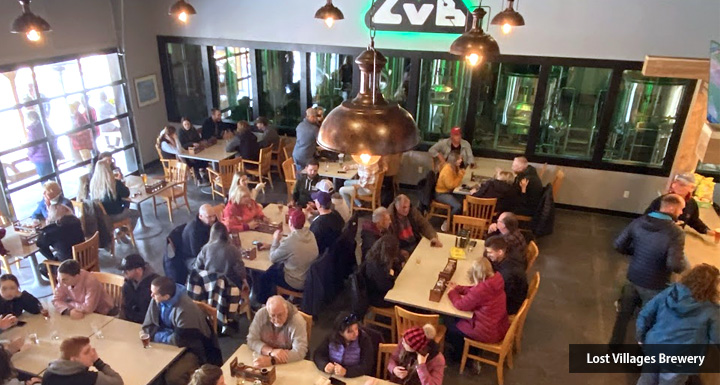 Over the past year the community has enjoyed a front row seat to the extensive renovations and retrofit of an existing commercial space along County Road 36 (Post Rd) just east of Cornwall. This fall the day finally arrived to open the doors and the brewery was quickly filled with large crowds of craft beer fans, neighbours and friends.

“We want to provide high quality craft beer, a welcoming and exciting atmosphere and tourism destination,” said John Wright, who owns Lost Villages Brewery alongside Mat Camm and Kevin Baker.  “We have been able to complete our project with community support from programs like the Starter Company Plus offered through the Cornwall Business Enterprise Centre.”

The owners named the brewery after the villages that were flooded along the St. Lawrence river in the late 1950s to create the Saunders Power Dam. Those villages have collectively been named the Lost Villages. Before flooding many of the homes were moved to the community of Long Sault in which the brewery is located. The brewery pays homage to the history of the Lost Villages by displaying artifacts and incorporating images from the time lost to the flood. Each can of beer features artwork created by a local artist and represents the history behind the name of the beer.

People can drop by the brewery and purchase beer to take home, as well as t-shirts, hats and other merchandise.

About the Lost Villages Brewery

Lost Villages Brewery is featured in the 2022 Year in Review report by Cornwall Economic Development.