Cornwall Ontario – The Seaway Valley Theatre Company (SVTC) volunteer Board of Directors and their many committee members have been working hard over the last several months to open a brand new theatre and community space. The former Army Navy building located at 30 Sixth Street east has been transformed into an inviting space that will benefit local art groups as well as other community groups. 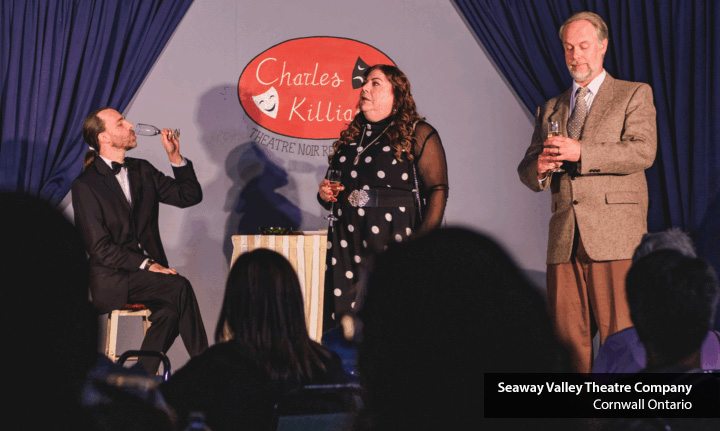 “The space has a lobby, a theatre and lots of space downstairs for storage, set construction and other work related to putting on a variety of performances,” states Lise Richer SVTC President. “We will perform the majority of our Play Bill in our own theatre with the exception of our large February musical which always takes place at Aultsville Theatre.”

The space is also available for community groups and individuals to rent out for special events. The team at SVTC works with outside producers to host other events such as comedy nights, musical evenings and other performance related events.

The new theatre was first purchased in 2020 and the group has been working to upgrade and renovate the space while still offering performing arts to the community over the last two years.  The Grand Opening officially took place on September 15th at the first performance of ‘Opening Night’ a fitting show title to launch the new theatre.

“We were very fortunate to receive funding to assist with the renos including our most recent grant from the Resilient Communities Fund Grant from the Ontario Trillium Foundation, Richer continues “the funds will assist with ongoing renovations to the theatre to bring it to the final stages.”

It has always been the goal of the volunteer run, modest theatre company to own their own facility, and just a short 15 years after its inception the dream has become a reality.

To learn more about the SVTC theatre and 2022/23 Play Bill visit their website www.svtc.ca

​Founded in 2006, the Seaway Valley Theatre Company is a not-for-profit, non-professional theatre company based in Cornwall, Ontario. They produce commercial, mainstream entertainment which aims to appeal to the broadest audience possible. At present the company stages four plays per year: a Broadway style musical, a musical play for children, and two comedies with cabaret style seating.